John Kroencke: “How the World Became Rich: The Historical Origins of Economic Growth” by Mark Koyama and Jared Rubin In their recent book How the World Became Rich (published 2022), the economic historians Mark Koyama and Jared Rubin provide an accessible introduction to the best – often competing – explanations for sustained economic growth. The obvious difficulty of this approach is that it can seem scattershot, but Koyama and Rubin weave disparate threads into a cohesive lay of the land.

This is an important task. Academic economics has become increasingly inaccessible to those outside the field. The advanced methods used by practitioners on highly specific questions yield valuable insights in academic journals and books, but rarely inform popular narratives that in many cases offer more heat than light.

The book is divided into two main sections and eleven chapters. After an introductory chapter (including among other things the hockey stick graph of per capita income), the first section is divided into five chapters on the high-level explanations: geography, institutions, culture, demography, and colonisation/exploitation. The second section deftly weaves these categories of explanation and historical facts to explore four topics in chronological order: why did sustained economic growth that resulted in the world becoming rich occur first in Northwestern Europe, how was Britain’s Industrial Revolution different from what came before, the Second Industrial Revolution and the rise of the United States and Soviet Union, and Asian economic growth in the last seventy years.

The first section is as good an introduction to the existing explanations as one can hope for. In presenting these explanations, Koyama and Rubin exhibit the kind of judgement one fears they might not when they write that “the goal of this book is not to privilege our preferred theories at the expense of others” (page 10). They present the strengths of, for instance, geographical explanations for some types of variation in comparative economic development but also the obvious, fundamental problem of the timing of the rise in real incomes for geographical explanations.

On the controversial and increasingly influential debate on the role of colonisation and exploitation in the Industrial Revolution, the authors are quite firm: the most influential and most incendiary claims overpromise. Colonisation, especially in places like the Belgian Congo, terrorised and extracted wealth from natives and their land but provide little explanatory power for the great increase in the rate of innovation and real per capita income.

In the chapters on culture and institutions, the authors introduce explanations that were discounted by earlier (perhaps more familiar) materialist explanations. “To understand the causes of growth,” they summarise Douglass North as thinking “one has to study the incentives that led individuals in some societies to build factories and invest, to go to school, and to acquire new skills” (page 38). They then summarise the work of the last decades on the roles of various institutional features like the rule of law, property rights, and political institutions in economic growth.

On cultural explanations they show the weakness of broad arguments like, for instance, the supposed fundamental incompatibility of Islamic culture and economic growth while also showing the real, path-dependent effects of institutional features (like bans on printing presses, and the ability to use slave soldiers rather than cede power to feudal lords and parliaments) themselves influenced by cultural and religious features of Islamic society (the subject of Rubin’s previous book).

This is representative of a particular strength of the book: it is supported by contemporary research on economic history both before the Industrial Revolution and outside of northwestern Europe that is little known outside the field.

The book is most interesting in the second section, particularly in chapters 7 and 8. Rather than simply dismissing geography, colonisation, or demography in some quest for a monocausal explanation, the authors weave it into their nuanced chronological narrative about first how and why sustained growth began in Britain and then how it spread until much of the world had escaped poverty.

By the 18th century, the authors argue, there were a collection of preconditions for sustained economic growth in northwestern Europe most particularly in the Netherlands and Britain. For instance, many of the common institutional explanations for “Why Britain?” also apply to the Netherlands. These explanations are not wrong in the sense that they were necessary, but they were obviously not sufficient for the increase in commercially important innovations and then the resulting rise in real income per person. Among other things they show that, compared to the Netherlands, Britain was better able to fund wars (and therefore not smother economic growth with high rates of taxation) and better able to reform institutions to sustain an unprecedented rate of economically viable commercial innovation (as distinct from scientific discoveries, many of which were made elsewhere).

Drawing on recent research they show two of the main explanations for how Britain stood apart and turned these preconditions into innovation and industrialisation. Past periods of rising incomes were snuffed out by Malthusian dynamics (discussed in Chapter 5) and they stress the crucial difference in the 18th and 19th century Britain that allowed escape: “Above all else, the major revolutionary change during the Industrial Revolution was an increase in the rate of innovation” (page 150). One theory of this increase is a more materialist theory about it being the rational response to relatively high labour costs and relatively low energy costs. The second is more dependent on specific ideas and cultural attitudes about innovation, science, and human progress. While these ideas may have been widespread throughout Europe, only Britain had both the skilled craftsmen that industrial innovation required and the institutional preconditions.

Britain’s Industrial Revolution started the climb out of widespread poverty with positive knock-on effects for the rest of the world, but its cause is not the only important question covered in the second section. In the span of just 40 pages Koyama and Rubin race (perhaps too quickly) through the resulting benefits of innovation and industrialisation in Britain and then the (uneven) global diffusion of economic growth.

The authors rightly stress the important distinction between innovations, which determine economic growth at the frontier, and the diffusion of these productivity-enhancing innovations, which determines the ability of less developed countries to catch up with the wealthiest ones. Catch up growth is not simply a question of adopting new technologies, but rather (among other things) having the right set of institutions to enable their adoption. Chapter 10 delves some of the examples of successful convergence emphasising the culturally and politically contingent nature of reforms that enable it (and the past barriers to convergence).

Koyama and Rubin have managed to condense these and other issues into just 240 pages. This is mostly for the better. However, the limited length and scope of the work necessarily rules out a rich, compelling historical narrative. The prose does not stir and some conceptual references could be better explained, but these criticisms are insignificant compared to the successes of what the book does do. Its own claims and its assessments of existing work will be interesting to a wide range of readers.

Others may be disappointed by the lack of easy answers for the remainder of the world that still struggles with extreme poverty:

“We know what has worked in various historical contexts. But merely transplanting what worked elsewhere to poverty-stricken societies isn’t the solution. Context matters. Culture and the historical past matter. So do demography and geography” (page 224).

Koyama and Rubin don’t offer an easy answer; they offer to introduce readers to the best ideas surrounding some of the most important questions in human history. 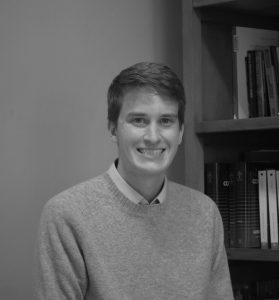 John Kroencke is a Senior Research Fellow at the Centre for Enterprise, Markets and Ethics. For more information about John please click here.